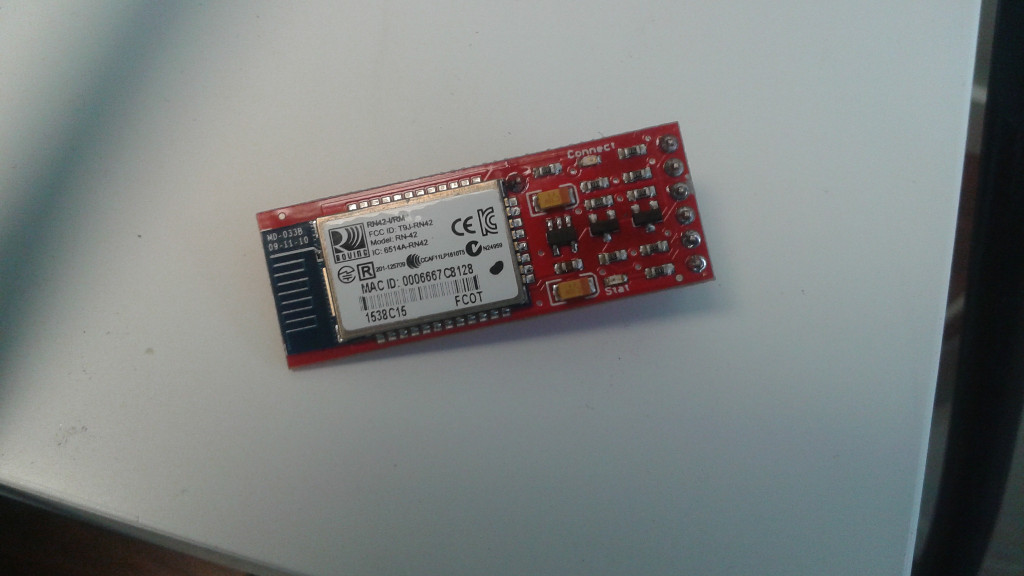 The Solution: a Bluetooth module

We’ve decided to put in a Bluetooth module in the LipSync device so that it can connect to Bluetooth enabled phones (or computers for that matter). This would allow the LipSync to be wireless, and therefore put your phone wherever you want in context to the LipSync. But enabling this was quite difficult.

In order for this to work, we had to configure the Bluetooth module to work as a cursor. Believe it or not, that configuration sequence is quite difficult, requiring a very specific set of sequences — turning it on and off, more or less, multiple times, then entering code — all within a span of a minute. More often than not, manually, it failed. That’s certainly not something we want makers to go through.

We have solved this by hardwiring the sequence into the microcontroller (pictured below with the Bluetooth module) — it’s been automated! Instead of the maker having to struggle with the complicated sequence 10, 20, or 50 times, we will supply code that will make it effortless, a matter of seconds. It will take less skill, and certainly less patience. 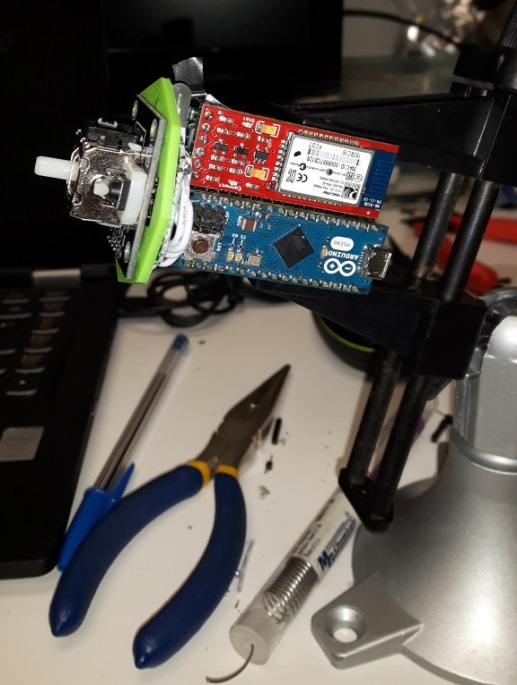 The LipSync prototype board. The blue device below the Bluetooth module is the microcontroller.

We should iterate that Bluetooth is an option, not a necessity with the LipSync. It’s still accessible via USB. If a phone doesn’t have Bluetooth, or if a user is scared that it might drain their battery faster, that’s no worry, because there’s still USB — the last thing we want to make it is less accessible.

But there’s an option now so that the cord doesn’t have to get in the way.